Kanyakumari is district in the Indian state of Tamilnadu. Located at the southernmost tip of the Indian Peninsula, its former name was Cape Comorin. The closest major cities are Nagercoil, the administrative headquarters of Kanyakumari district. This is a popular tourist place in India.

If you ever go to India, then besides Bombay, perhaps the most interesting place you need to go is the city of Baywatch situated in the region of Kanyakumari. It has a very famous water amusement park that is especially suitable for families. There are many different types of rides available like the Bumping Car, Crazy Chairs, Giant Wheel, Milky Way, and Multiple Splash. Baywatch Water Amusement park is open every day of the year and it has many different attractions for adults and children including its world famous wax museum that is the counterpart of Wax Museum at London.

Vavathurai is a village in Kanyakumari in the state of Tamilnadu in India. The closest major city is Nagercoil, the administrative headquarters of Kanyakumari District, (18 km).
Located at the sea shore of Vivekananda Rock memorial. The place adds beauty to Kanyakumari and is the one of the important place to see in Kanyakumari. One can see sun rise at all the seasons. The Church is built in the sea shore 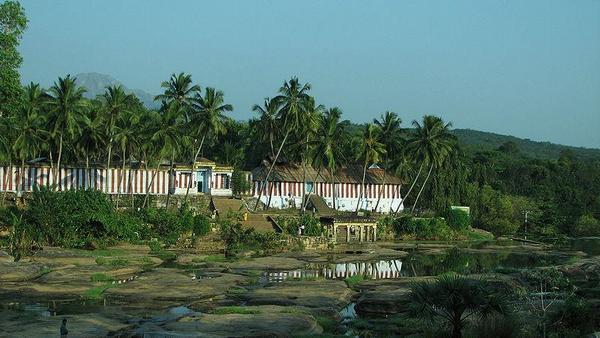 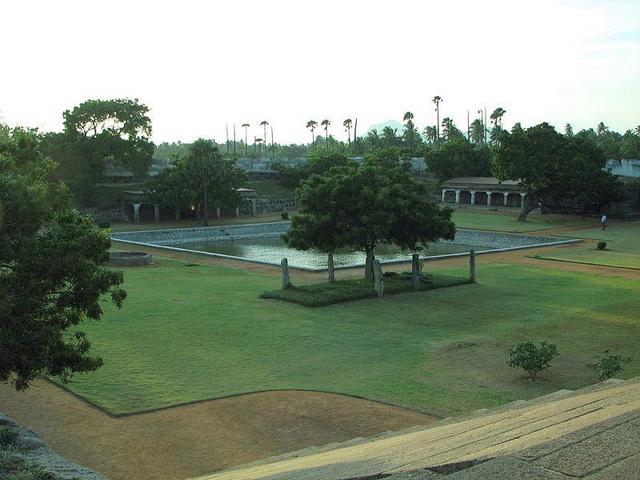 Vattakottai Fort (or ‘Circular Fort’) is a seaside fort near Kanyakumari, the southern tip of India. It was built in the 18th century as a coastal defence-fortification and barracks in the erstwhile Travancore kingdom. It was constructed under the supervision of Captain Eustachius De Lannoy, an ex-Dutch naval officer
The fort is made of granite blocks and, today, a part of the fort extends into the sea. It is a protected site under the Indian archaeological department. A major renovation of the fort was undertaken recently by the department, and the site is now a popular tourist spot. Vattakottai Fort commands a picturesque view of both the sea on the one side, and the hills (Western Ghats) on the other . Another interesting feature near the site is a beach of black sands. It is about 7 km from Kanyakumari town. 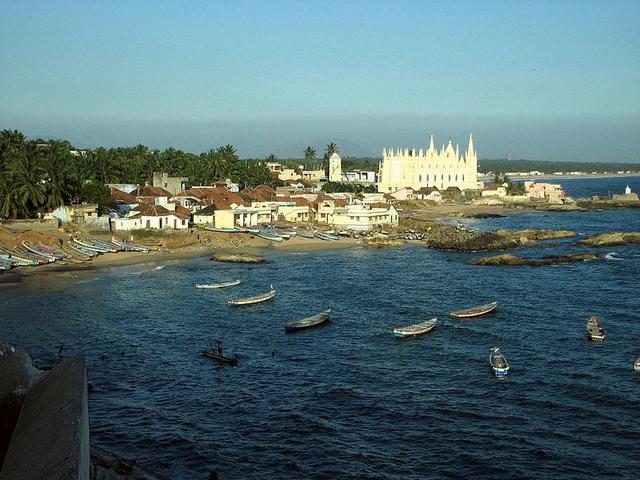 Muttom is a village in Kanyakumari District of the Tamil Nadu State, India. Muttom has a lighthouse due to which its presence is recorded in the international shipping chart. This is a beautiful village with a sandy beach on one side and a rocky beach on the other side. Due to this it attracts a lot of tourists throughout the year. The terrain of this village and its surroundings is hilly and from a height one can see an idyllic view of the place. One can watch both the sunrise and sunset from here. A Portuguese architecture based catholic church known as All Saints Church, stands in the middle of the village.well then, Muttom is more over a sentimental place for the cine directors. 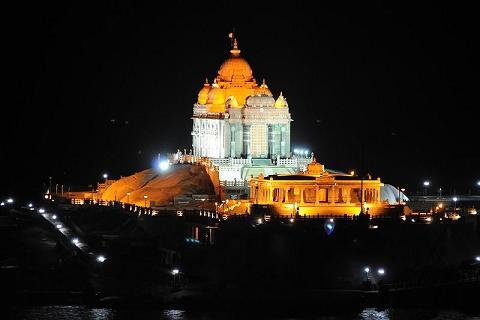 Vivekananda Rock Memorial is a sacred monument and popular tourist attraction in Kanyakumari, India. The memorial stands on one of two rocks located about 500 meters off mainland India’s southernmost tip. It was built in 1970 by the Vivekananda Rock Memorial Committee in honour of the visit of the great spiritual teacher Swami Vivekananda to Shripada Parai during the month of December 1892 for deep meditation and enlightenment. He swam to this rock and meditated about the past, present and future of India. It is said that he attained enlightenment on the rock, and henceforth became a reformer and philosopher.
A meditation hall (Dhyana Mandapam) is also attached to the memorial for visitors to meditate. The design of the mandapa incorporates different styles of temple architecture from all over India. It houses a statue of Vivekananda. The merger of three seas – Bay of Bengal, Arabian Sea and Indian Ocean can be seen from these rocks. The memorial consists of two main structures, the Vivekananda Mandapam and the Shripada Mandapam. 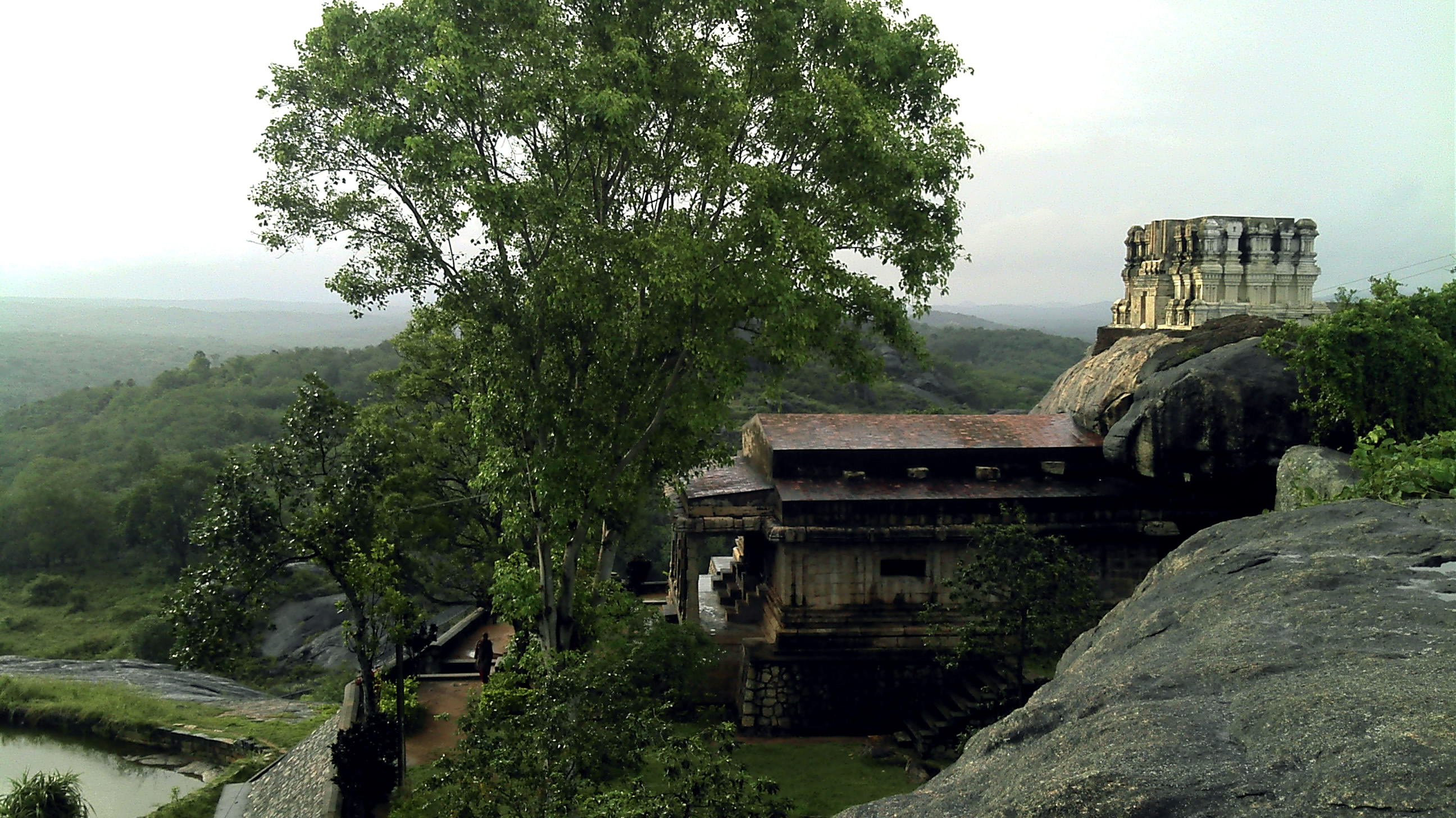 Chitharal is a small village situated at a distance of 7 kms from Marthandam and 45 kms from Kanyakumari. It is famous for its rock cut temples and caves with rock cut sculptures. Age of this temples dates back to 9th Century A.D you can find Jain sculptures, Hindu deity sculptures which is been preserved by the Central Archeological Survey of India. 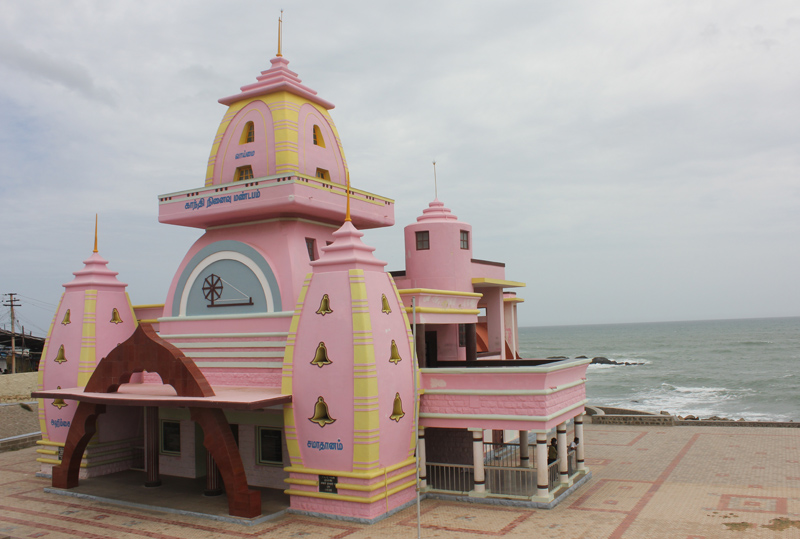 very near to Devi Kumari Amman Temple on the seashore. Here his ashes were kept for public view before immersion in the sea on February 12, 1948. It is built in Orissa Style of architecture and designed in such a way that on October 2, the rays of the sun falls exactly on the spot where his urn was kept.Its central shape is 79 feet high representing Mahatma’s age. 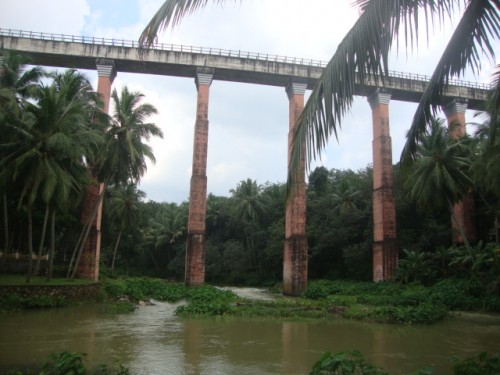 The Mathoor Hanging Trough is the tallest as well as the longest trough bridge in Asia, having a height of 115 feet and a length of one kilometre. Constructed in 1966, this bridge has become a place of tourist importance and hundreds of tourists visit this place. This is situated in Mathoor, hamlet of Aruvikkarai revenue village in Thiruvattar Panchayat Union. 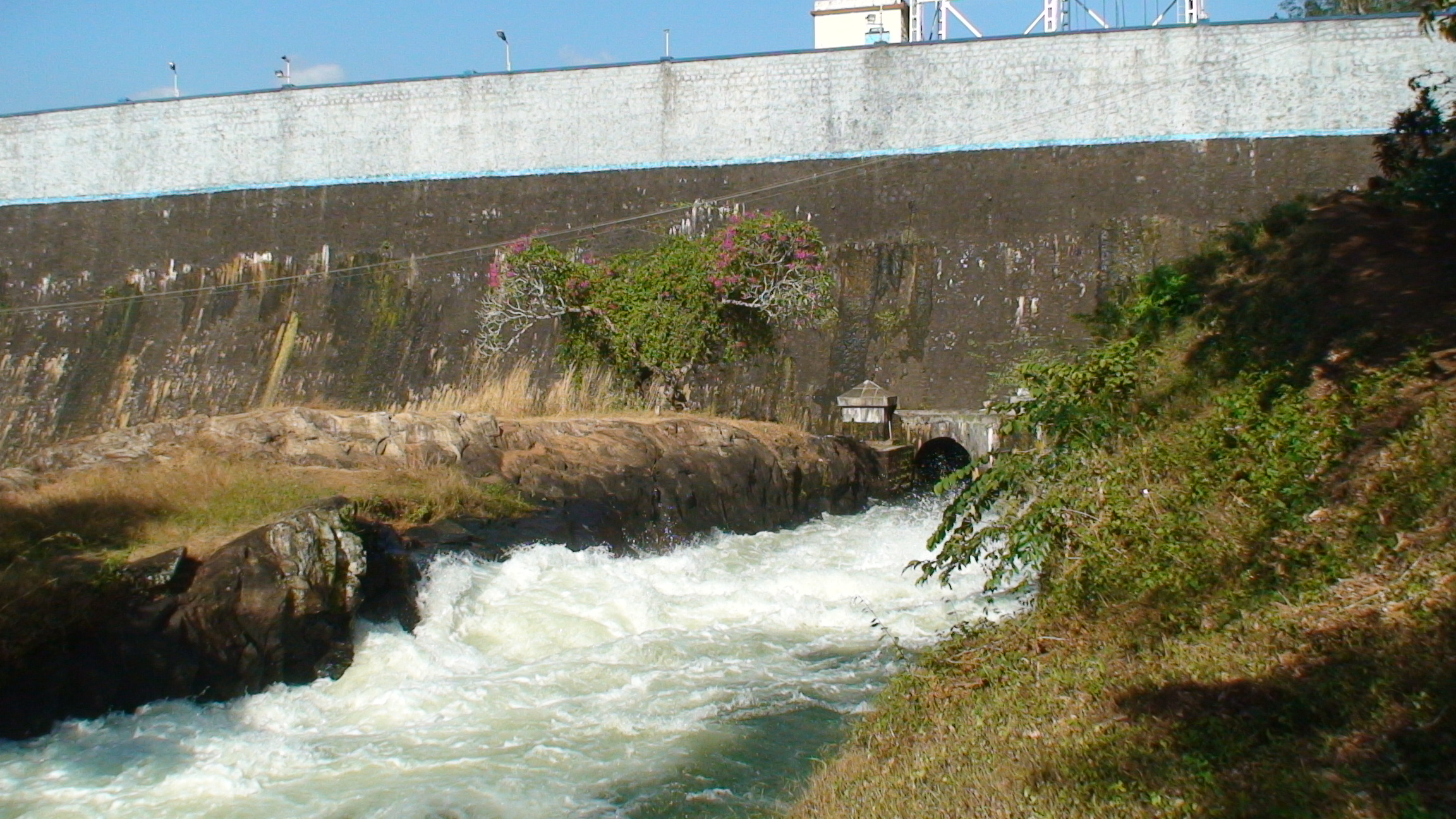 The reservoir was formed by the construction of the Pechiparai Dam, which was built across the Kodayar River about 1 mi (1.6 km) below the confluence of the Kallar, Chittar and Kuttiyar tributaries. It was built during the period 1897 – 1906 by the European engineer, Mr. Minchin,(called as mookanthurai by the local people) during the reign of the Travancore Maharaja Moolam Thirunal. 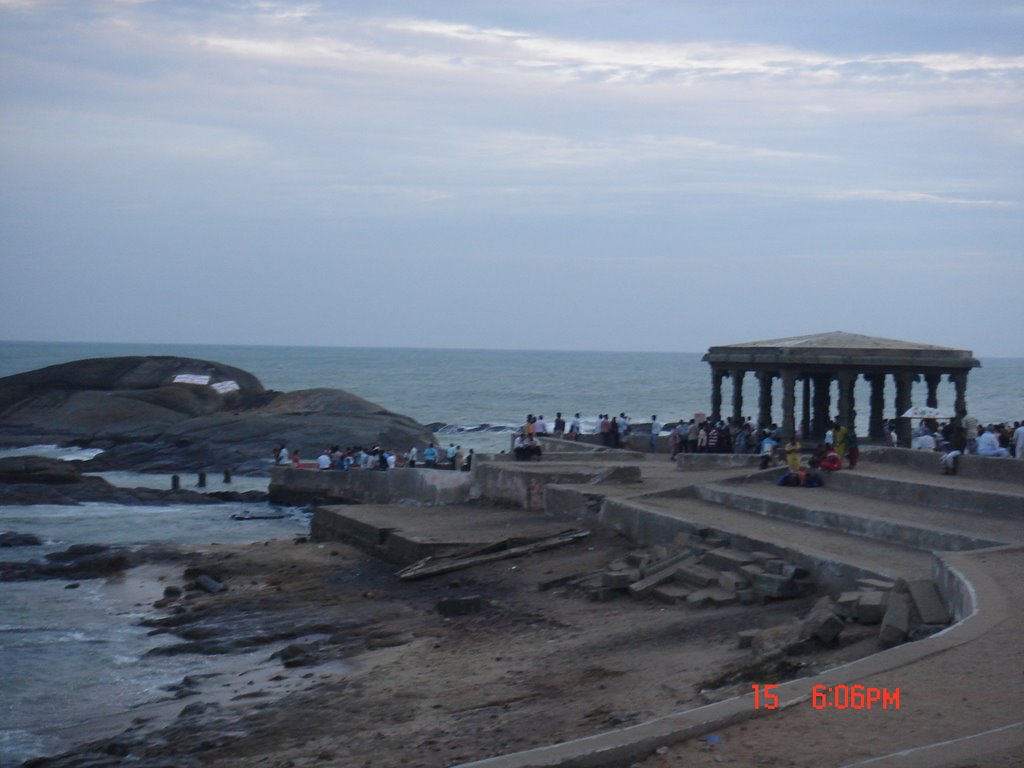 The pilgrim centre,Athankarai Pallivasal is located in between Thiruchendur and Kanyakumari on the coast road, about 46kms from Thirunelveli. The shrine has two domes of Sufi saints who were believed to grant all desires of devotees. One dome is dedicated to Syed Ali Fathima and another to Hazrath Sheik Mohammed. During the festival held in September, thousands of devotees gather here to pay their homage and seek blessings.